Silverville's answer to the TARDIS, and IWSG 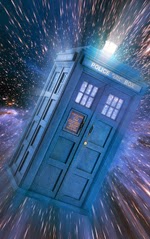 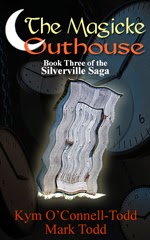 We have a two-part posting this time -- a bit of an homage to the 50th Anniversary for the BBC's Doctor Who series, and also our offering this month to the ongoing conversations in Cap'n Alex's marvelous "Insecure Writers Support Group" blog hop.

Silverville's Answer to the TARDIS

We couldn't help but notice this past week, when we watched the 50th Anniversary episode of Doctor Who, the uncanny resemblance of the TARDIS to our own Magicke Outhouse!

Both have roughly the same dimensions, both allow respective occupants to travel through space and time, and both result in a virtually endless array of unexpected encounters. From our side of the door, we suppose we shouldn't find these parallels all that surprising since the underlying principle of Silverville's world is synchonicitous meaningful coincidences. Might as well embrace it on and off the page.

What does surprise us is that, while we were immediately wary of avoiding parallels to the stateside early 90s television series, Quantum Leap, we hadn't noticed the obvious parallels of our mode of transport to The Doctor's -- and that's even allowing for the fact that we're devoted Whovians.

But guess we should clarify that last bold statement -- we've been fickle viewers of the show for years, but only devotees since Steven Moffat became showrunner/head writer. (We've been fans of his ever since his work on the earlier BBC rom-com series Couplings in the early 2000s.) Moffat's flair for story, character, and dialog are amazing, and his larger series story arcs are greenly enviable. Seldom predictable and often baffling for the first half of an episode, his Time Lord creations honor the traditions and mythologies of the earlier incarnations of the series while still offering decidedly 21st Century tales of his own. 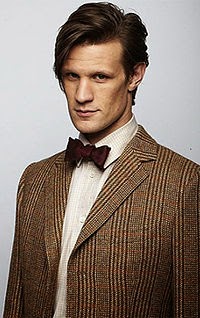 And here's an awful confession that will likely risk the ire of most other Whovians: We never cared for the Daleks or the Cybermen. We know, we know -- artifacts of decades gone by (and perhaps earlier, cheaper budgets). But the more recent foes embodied in The Silence and (shudder) the Weeping Angels have been truly archetypal and creepy. Love them! And we love Doctor No. Eleven. Matt Smith's interpretation has been delightful, and his companions have added a dimension seldom (if ever?) rivaled by earlier versions of the series.

The one thing we have emulated from Moffat's Dr. Who of series five through seven (so far) -- albeit unconsciously, we hope -- for our own The Magicke Outhouse is that we didn't really want the story to be about time travel. That was only the premise to launch into a story in its own right. In our case, it's more about a group of entrepreneurs who try to capitalize on a technology they little understand rather than time travel per se. Big, big mistake on the part of our characters -- and a delight to us when we wrote the book.

We guess we've really been fans of the Eleventh Doctor's series, and we'll certainly give Moffat a chance next season, but we're already mourning the loss of Smith. But wow, what a marvelous three-series story arc.

The Other Side of the Mountain

Maybe we just weren't listening at the time, but we don't recall anybody telling us that the hardest part of being authors wasn't writing the book, and not even finding a publisher (which are both hard), but in promoting the thing once it hits the streets!

* * *
But first, this is the Insecure Writer's Support Group blog hop, hosted by our incomparable Ninja Captain, Alex J. Cavanaugh (thanks, Cap'n!), postings shared on the first Wednesday of every month by a host of conspiratorial scribblers:


* * *
We're in the middle of The Silverille Magicke Tour right now, offering a combination of ca. 20 real and virtual tour stops along the way between now and this spring. And our sponsors and hosts have and continue to be supportive and generous to us. (THANK YOU ALL!) 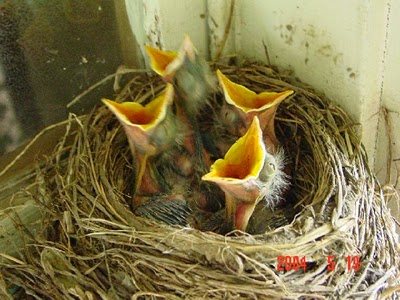 But the time commitment to keep our writing darlings on track -- sheesh! Don't get us wrong: This is a great problem to have, and we wish it on every aspiring and established author. But now that Write in the Thick of Things has six books on the ground and deadlines for two (maybe three...) on the way in the next couple of years, we've discovered that each book already on the shelves still clamors for its piece of the promotion pie ("Don't you love us anymore?" "When is it my turn?" etc.,  etc., etc., like baby birds with their mouths wide open and constantly screeching).

With bookings for readings and media kits and press releases and blog posts and Facebook updates and Twitter tweats and telephone queries and e-mail blasts and newsletters and, oh yeah, fulltime jobs -- Well! It's hard to find time to write something creative along the way. Okay, we suppose we did write 75,000 creative words last year, but we also wrote 25,000 promotional words.

The skinny: It's time consuming once a book gets into print. And not that we don't have a handle on time-management skills -- that's why we call our writing enterprise Write in the Thick of Things.

Again, it's not that we're complaining about the success we've had, but it does seem a bit overwhelming at times.