We used to be more skeptical about the supernatural -- at least, we were before we lived in a haunted house for nine years. Because we can't explain the many creepy events that occurred in that old two-story log cabin, our time there managed to make us a bit more open-minded to paranormal possibilities.

It's also the reason we agreed to make our next book a sort of "nonfiction" for our publisher, Raspberry Creek Books.

We were having dinner with press owner Larry Meredith and his wife Alice last fall, and conversation naturally turned to the paranormal since our whole Silverville Saga series is paranormal fantasy. It took a couple glasses of wine before we confessed our experiences with the ghost who inhabited our former home, and we mentioned we'd always planned to write a book about such encounters (well, maybe others' rather than our own) but just hadn't gotten around to it.

A week later, Larry contacted us with a proposition we change gears and write that book for his press. Writerly sluts that we are, of course we said yes.

The book we decided on is a travelogue of haunted hotels in Western Colorado. And we just conducted our first on-site investigation and "stake-out."

After all, we've been both free-lance and staff journalists for years. Plus we'd received additional forensic training when we became field investigators for MUFON (another story altogether). So here was a chance to apply our trade craft to a whole other realm, so to speak. First, we spent weeks researching locales in the region with a history of anomalous incidents and developed a list of candidates for the project. Then we narrowed it down to 13 (of course) sites we wanted to visit. Finally, we started making contacts and setting up appointments. 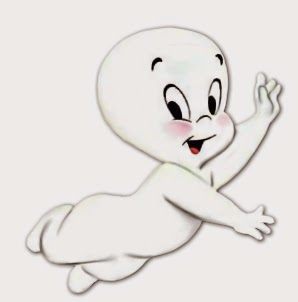 Last weekend, we finally started the field research, visiting our first haunted hotel, the hundred-year-old Bross Hotel, Bed and Breakfast in Paonia, which is about three hours away.

We showed up with an assortment of recorders, still cameras, videocams, EM meters and, something new, our "spirit box." (The theory is that ghosts can use words transmitted over the airways, and the spirit box continuously scans frequencies to record and capture random words that are manipulated by the other-worldly as a means of communication. What a great toy -- er, tool.)

We conducted interviews (with the Innkeeper as well as purported inivisible occupants), collected accounts from former visitors, and then staked out the (in)famous bedroom in the hotel.

Was it scary? No. (Maybe because we spent so much time setting up gear and taking various readings.)

Did we come away with a paranormal experience. Actually, yes, several. (Which was a relief: What if you gave a party and no ghosts came?)

Did those experiences prove the existence of the paranormal? Maybe, maybe not. That wasn't the point: We're not trying to be ghostbusters; we're writing a "nonfiction" book about haunted hotels!

Even as children, we were bossy: We were both eldest children and used to ordering around our younger siblings.

But somehow that doesn't work with our characters, who somehow manage to develop minds of their own when we get to know them.


* * *
First, though, this is the Insecure Writer's Support Group blog hop, hosted by our incomparable Ninja Captain, Alex J. Cavanaugh (thanks, Cap'n!), postings shared on the first Wednesday of every month by a host of conspiratorial scribblers:

The first week of June we completed the third in a once-a-month three-part guest series for the Rocky Mountain Fiction Writers (RMFW) blog, and we chose the topic of collaborative writing -- something we're always asked about when we do readings.

If you've visited our blog before (or gone to one of our readings), you already know the answer to how we write: We compose at the same time in front of the keyboard. (Since we use Mark's laptop and Kym hates the cursor touch pad, Mark keys in most of the story, which has led him to claim that he "writes" all of the novels -- technically true, but not a popular answer in Kym's eyes.)

Although our guest series covered many strategies to think about if authors want to collaborate on projects, we ended the piece straying onto the topic of how our characters usually take over our stories. Even though we've learned that we play nice together as collabowriters, our innate bossiness still marches to the front when it comes to letting someone else make suggestions.

What "write" do our characters have to tell us what to do? After all, they get the starring roles and deliver all the best lines. But the deeper we get into a tale, the more  they insist on where the story should go and -- the biggest affront of all -- often object to what we propose they do and say. 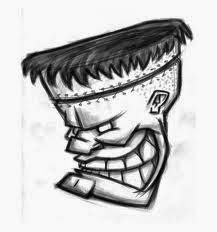 It took us a long time to learn we'd better curb our sarcasm when our characters come to the table with an alternative plan. (We'd never let on to them, but on the QT we're confessing to you that their ideas are always better. And when we ignore them, the stories are never as good.)

Okay, before you write us off as hoodoo practitioners, let's clarify how we've decided this actually makes sense -- even to our rational minds.

It's no secret the key to a good story is great characters. We seldom read a book or watch a movie where we say two weeks later, "Wow! What a great plot." But we often find ourselves entranced by well developed characters, returning again and again to discuss what made them so memorable.

That's the reason, of course, why authors spend so much time developing (hopefully) good characters, and learning to get to know them.

In our own experience, we don't really know them well until we're about halfway into a novel. By then, it's easy to finish the story because, no matter what we throw at them, they tell us how they'd react and how they'd grapple with the problems we devise. In some ways it takes a lot of pressure off us. Hey, don't blame the authors -- we were just writing what we were told.

Guess we should come clean and admit we'd still rather be in charge. But just because we're authors doesn't mean we're stupid. We know who we'd better listen to if we want stories someone else will want to read.