How (Not) to Write a Screenplay

Hollywood’s expectation for spec writers is straight forward – if you’re walking backwards. What studio folks want to hear is a fresh and original story idea that sounds like something they’ve already heard.

We found that out the hard way.

After we’d written the first book in our paranormal adventure-comedy series, the Silverville Saga, lots of readers told us it should be a movie, and we believed them. So we tried writing our very own screen adaptation.

We took our novel and chopped out all the exposition and reformatted the remaining dialog with a bit of action to contextualize what characters – er, we mean, actors – would say. Our script was more of a stage play with no stage, and it was awful.

A couple of screenwriting friends advised us to attend a few workshops (we attended), buy a few books on the subject (we bought), and try again (yep, we tried). 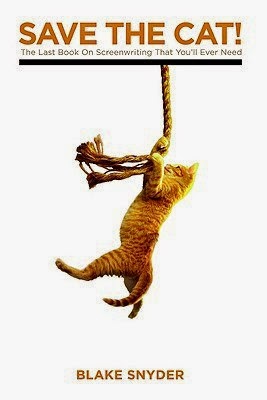 This time we had a couple of Indy directors and a fairly big producer look us over. But no meetings – at least, none that led to movie deals. One good friend and mentor, a longtime Hollywood stuntman and stunt double for the likes of Clark Gable, John Wayne and, well, you name it and he stood in –  so, this friend read our script and told us we still didn’t know what we were doing. He tapped page fifteen and pointed to a description we’d included, telling us, “That one little sentence is going to cost $10,000 in production values. Any script reader would see that and tell the producer to pass on your property. Go back and do your homework.”

Mistake No. 3 – We bought the right book, but we didn’t follow the advice.

Yes, Snyder’s advice is formulaic, and yes it’s restrictive. But it works. It’s what moviemakers want; it’s also what moviegoers expect. Like any seasoned writing professional knows, you have to write to the medium. Screenplays are a specialized medium, and you’ve got to craft the words to play to the strengths. Formula and tight structure are two of those strengths.

Even though this new approach to writing hurtled our words down a narrow corridor that felt like a giant water slide, the payoff was getting to focus on the important scenes (let prose writers chop through the dense foliage of exposition). It was fun, and it made us rethink our novels as well. Shouldn't all our scenes be important? Do we really want ferns and vines obscuring so much of the straight shot through our water slides? Okay, different medium, but there was a valuable take-away from Snyder's advice, regardless of medium. After all, the name of the game is still storytelling.

Just like good dialog in any medium, it’s all about the subtext. Snyder provides that subtext, explaining to aspiring screenwriters how the process works both on and off the page, both in front of the camera and around the boardroom, both within the studio system as well as throughout the whole, weird tinsel-twisted town.

In the end, we took away three things from our screenwriting experience:

We’re still waiting to make that one. We don’t know what it is or when it’s coming; of course, we’re sure the answer on how to avoid it lies somewhere in the pages of Save the Cat. And we’re sure someone will point out the passage as soon as we make inevitable Mistake No. 4.

+ + + + +
Progressive Book Club: A meeting of the minds, open each month to those who wish to read and discuss the current book with their peers. Join in on the titles you like, pass on those you don’t. It’s that simple.

Now it's time to join the next PBC blog discussion on Save the Cat: