Paranormal investigation has its share of esoteric alphabet soup, and skeptics have developed an equally bewildering array of specialized jargon to propose alternative explanations. 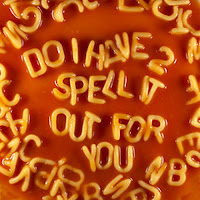 When we committed to serious paranormal inquiries for our book WILD WEST GHOSTS, we decided to employ an investigative approach called ITC -- Instrumental TransCommunication. In a nutshell, ITC is  the investigative strategy of using electronic devices to elicit communication with the Other Side.

Seemed like the right approach for us since neither of us has much -- okay, let's be honest, *any* -- psychic ability.

We relied upon a number of specific devices, including electromagnetic field meters (add EMF to the soup). Most ghost hunters operate under the assumption that disincarnate entities draw upon electromagnetic energy to manifest or communicate in the physical realm. (Yes, that's a big assumption -- one we'll come back to later.) Establishing baseline readings first, investigators can then monitor fluctuations in EMF that might indicate the presence or interactive willingness of a spirit.

We also used more conventional electronic devices such as digital cameras, camcorders, and digital audio recorders, but we decided to use Ghost Boxes as well (often referred to as GB in the trade). A fairly new innovation, ghost (or spirit) boxes provide a flow of potential sounds or words that, again in theory, spirits can manipulate in order to communicate with investigators. Many such devices rely on rapidly and randomly scanned radio frequencies (RF) as a source of ready words. Others fall into a category that generates random phonetics or phonemes only, requiring spirit manipulators to splice together provided sounds in order to create words or phrases.

The words that come through either a ghost box or digital recorder are collectively called EVP (Electronic Voice Phenomenon).

Ghost box technology is new enough that many within the paranormal community itself are still skeptical of the phenomena; at the same time, the results of these devices have garnered many strong advocates.

As n00bs to the field, we were oblivious to this in-house controversy and jumped right in, using a ghost box during all our own investigations. We also got immediate -- sometimes startling -- results.

Just to be clear: we were operators, not sound engineers, and hadn't a clue how long the technology had existed or how it worked. Think of us as drivers rather than mechanics. But since we started offering our GB findings as evidence of the paranormal, we soon realized we needed to get a better handle on just what was going on.

We can't help but break into something of a wry smile at skeptical tirades that paranormal investigations employ "pseudoscience." Wry because of the Copenhagan Interpretation of quantum mechanics. (Let's add quantum mechanics to the alphabet soup as QM.) Quantum theory underpins much contemporary electronics -- from transistor radios to lasers to quantum computing. Even though no one can figure out how it works at the quantum level, QM works 100 percent of the time. 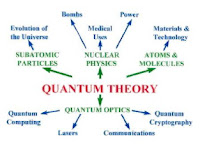 So scientists find themselves on the horns of a dilemma: either accept they can't explain it (yet) and use it anyway, or continue to wrestle with the inexplicable. It's like a black box no one can see into but which "spits out" correct answers every time. To accept that it works and let it go at that (QM whiz kid Richard Feynman's ultimate solution) seems metaphysical and unscientific. But that's where QM theory stands.


Ghost boxes are something a "black box" as well. The engineering and circuitry aren't that mysterious -- the devices either scan RF signals or else generate their own random phonemes -- but what results from GB-generated sounds in a paranormal investigation -- that's a whole other realm, literally. Results can seem spot on and undeniable in context.

But do they originate from the supernatural?

We've come full circle to the assumption EVP represent disincarnate voices of personalities surviving into another realm. But the assumption is huge. It's like a potentially faulty syllogism -- the logical construction of two premises and a conclusion in the form of "if A is true, and B is true, then C is true." For EVP, the syllogism might read this way:
To accept this syllogism, paranormal investigators have to build a convincing argument that premise B is true. That, or resort to a version of the Copenhagen Interpretation, allowing the sounds that come out of ghost boxes as a kind of black box we can't explain.

Is there enough collaborative evidence to accept premise B? That's the important question, and the focus of the next article, which delves into the history of the GB as well as the nature of EVP, plus share some resources for those who, like us, want more answers.

We're having as much fun analyzing the results of our investigations over the past year as we did conducting those investigations for our book, WILD WEST GHOSTS.

There are puzzling experiences and encounters aplenty out there, and you just may want to pick up a copy of the book for either armchair musings of your own or else as a guide for some of your own expeditions into the fascinating world of the paranormal.

You can pick up the book as either an e-read or a trade paperback. Visit our Website for the links.

In the meantime, happy hunting!
Posted by Kym-n-Mark Todd at 9:32 PM